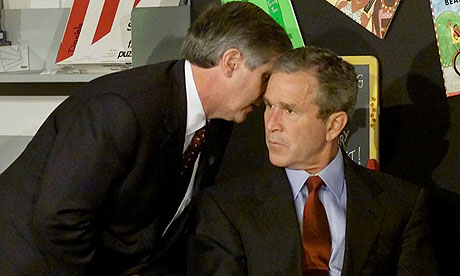 What happen? Someone set up us the bomb!

How are you gentlemen? All your base are belong to us. You are on the way to destruction

Take off every ZIG! Despite the hilarious “typo” on Faux News (stay classy, Fox), it was correctly reported elsewhere (literally, everywhere else) that Osama Bin Laden had been killed in a raid on a compound in Abbottabad1, Pakistan.

But will it matter? Has it, as someone on Twitter suggested, been worth the two wars, ten years and over a trillion dollars to kill one man? The spontaneous crowds outside the Whitehouse chanting “USA, USA” and singing “We are the champions” would suggest that action was not entirely without value.

Much as I would like to believe that it was worth it, I fear I will be disappointed. Were Al-Quaeda to assassinate Obama, would the US cease attacks on terrorist organisations, or adopt a less interventionist foreign policy? I think we know the answer.

It is doubtless cathartic to an injured US that the man named as their Most Wanted, the embodiment of their Terror, is no more. That bin Laden’s death may not alter in any real way the level of global terrorism, or the perceived threat to the US, is secondary, at least for the moment.

Do we suppose that Al-Quaeda consists entirely of mangalores who will cease the fight against the imperialist agressors now that their organisation has been decapitated? If we assume that terror attacks on the US are as a result of US foreign policy, then the removal of a single man by the US in no way diminishes that threat. If anything, it will strengthen resolve in the caves of Afghanistan and elsewhere.

The core texts of both Christianity and Islam have the principle of “an eye for an eye“, and if the last decade has taught us anything, it’s that the US and Al-Quaeda take the Word of God very seriously, especially when it can be shown to provide approval for the machinations of men. The cultures of both sides demand retribution, so this is but the latest battle in war with no end.

While this is a huge political victory – that may help propel Obama to a second term – and one that soothes old wounds, it remains to be seen if it affects Global Terror in any way.

1 Anyone else hope there’s a Costello-abad?