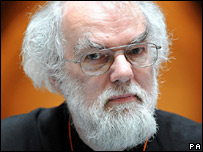 There’s an article in today’s ‘The Sunday Times’ entitled “Staring at Muslims ‘ is a racist act'”. It goes on to state that “pupils and teachers in Scottish schools have been banned from staring at Muslims in case it causes offence” and “Staring or looking is a form of discrimination as it makes the other person feel uncomfortable or as though they are not normal”.

Being a Scot, I’m dismayed that the authorities have taken this approach. It appears that the Muslim Association of Britain agrees, saying that the officials have “gone too far”.

Firstly, it’s evident that “the Authorities” (who obviously are only an authority on ‘Sticking Red Tape up Their Own Arse’) didn’t bother to consult with the people whom this ban is intended to protect. And guess what? The Muslims think it’s a piss idea, and here’s why.

The human eye is attracted to movement. It’s one of those things we have retained from our past, unlike a tail or picking our nose and eating it (well, most of us). Therefore, if your eye detects movement, you automatically look at the thing that is moving. Unfortunately for you, if that ‘thing’ is a Muslim person, you are now a racist. You have caused offence (so they say). You may as well have cornered them and pointed and laughed.

Now, the authorities at this point will go “Ah well, now, you see, you’re missing the point. What this ban will do is….” and we’ll interrupt (we racists have no time for social niceties) and go “ABSOLUTELY NOTHING, YOU PC TOSSER!”.

Now, there is obviously a difference between a glance and a stare. But where do you draw the line? How long do you have to be focussed on someone before it becomes a stare? Am I allowed to blink? The article doesn’t state how much bird you’ll do for letting your heathen eyes pass over a Muslim, but I can’t imagine the police are going to be nicking people for Looking with Intent to Stare, or Possession of a Racist Eyeball, or Grevious Ocular Damage.

If the authorities have a sense of humour failure about this, logically it could mean that no-one in Scotland will ever look at a Muslim again. Not sure how preventing basic human interaction fosters better understanding between races, but I’m sure they know what they’re doing.

This is another case of politically correct over-reaction making a bad situation worse. This is just another glitch on the road towards the complete integration of the races. Racial integration is a recent invention; well, the ‘term’ is new. Back in the Good Old Days, “racial integration” meant joining the army or navy, sailing off somewhere hot, killing all the darkies, stealing their country and getting home in time for tea and medals.

We haven’t been ‘cross-pollinating’ for that long, geologically speaking, but it won’t be long before we’re all ‘brown’. The lines between races are growing less distinct, which is great. The problem this stupid ban is failing to address is based on religion and our collective inability that not everyone subscribes to our person view of the universe.

There are already perfectly good laws to cover this sort of thing. I saw a very good address given by Bono at some high-faluting breakfast thingy in which he talks about there being the laws of Man and then higher laws, talking of course about God (he also said that Religion gets in the way of God, which was a good way to put it).

Basically, this is old ground for me, but it still gets my goat. Poor goat. Never gets any peace.

I don’t pretend to understand why some Muslin women wear veils and to be perfectly honest I don’t want to. I find that if things have to be explained to me then I’m not going to understand the reasoning. Any reason I am given, though no doubt logical and obvious to the person giving it, will not necessarily make me go “Ahhhh, I see. Well, that’s OK then.”

All I need to do to is accept that, for whatever reason, some people in this country choose to wear a different style of dress to me1. Why should Muslim women wearing a veil be any different to a youth wearing a hooded top? Why should either of these groups be any more dangerous than someone whose face is unobscured?

The only reason the discussion about veils and hooded tops is even an issue is because of the scare tactics we’ve borrowed from the Americans. If you can’t identify someone, you can’t track their movements. The quote I keep coming back to is “You can make people do anything if they’re scared enough”. To be honest, when it comes to obscuring identity, I’m considerably more worried about the ne’er-do-wells who don’t care if you see their face.

What’s the next step? Banning all loose fitting garments; overcoats, skirts, jackets, because you could be hiding a bomb? Banning clothing altogether because it is possible to incorporate explosives into the garment? Will there come a time where we are all forced to wear government-mandated unitards, colour-coded to identify our race? There’s a fucking scary thought… What about facial hair? Will you be forced to shave every day because you can hide your true appearance under a beard?

Surely veils and such like can be classed as National dress? Are they going to ban all forms of national dress just because of the connotations? They banned kilts back in the day, so I wouldn’t put it past them. It comes down to what we associate clothes with. Tie = office worker, Jeans / No belt = construction worker, wetsuit = Tory MP, etc. All this bollocks does is forever link the veil / burka / etc with the idea of female suicide bombers.

The veils thing is all window-dressing anyway; it’s just fog obscuring The Real Issue; that which is really at stake here. Society. The notion of different peoples living togther in peace, sharing their culture and ideas. Britain The Island is historically anti this sort of thing, because in the past, cultural exchange meant dropping bombs on each other. The fear of foreign influence is so ingrained it will not go away overnight.

The solution? Accept it. Accept that we don’t understand, accept that different is not necessarily bad, accept that it will take time, accept that not everyone means you harm, accept the new blood into our Society and realise that we are stronger because of it. Take action. Do nothing.

1 Being a Scot, I am accustomed to wearing “a different style of dress”, not that the kilt is a dress, you understand…